Will Pregnancy Affect your FTM Results? 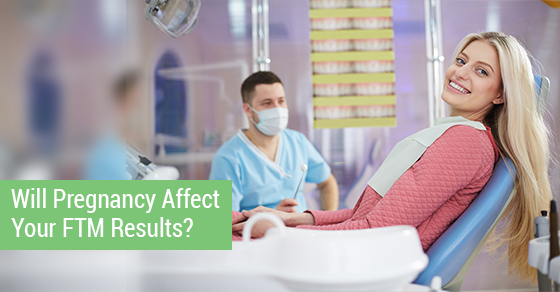 If you choose to become pregnant after FTM top surgery, your life will undergo many changes. If you take testosterone supplements, you will need to discontinue them both to allow ovulation and to protect the fetus from unusually high hormone levels. Many strangers may also misidentify you as female, which can cause psychological distress. Still, these changes are temporary. Pregnancy will not permanently affect the state of your surgery.

FTM top surgery is irreversible. Breast tissue will not regrow, even with the very high estrogen levels caused by pregnancy.

Many aspects of hormone therapy are also irreversible. Once your voice drops, it drops for good. Male hair growth can sometimes be reversed, but it takes years of female hormones to do so. In general, if you take a break from hormone therapy, you will still present as male.

Even better, reproductive changes from hormone therapy are reversible. Although testosterone inhibits ovulation and menstruation, both should start again shortly after you discontinue therapy.

The main thing we can’t change, after puberty, is the size and shape of our hip bones, which grow rapidly under female hormones.  This is bad, usually. But when it comes to pregnancy, it is an advantage. Your hips will not have changed, meaning that you have the same low chance of birth canal problems as cis parents.

Will FTM Affect My Ability to Get Pregnant?

Breasts, however, are not involved with the gestation process. They will not affect your ability to generate estrogen or become pregnant later on..

There is no theoretical reason why hormone replacement therapy should affect later pregnancy, either. The uterus does not permanently change as a result. As long as hormone therapy is discontinued through the pregnancy, blood chemistry should also be the same as with cis pregnancies.

In practice, there have been many documented healthy children born to transmen. For example, Thomas Beattie, an influential trans activist, has given birth to three healthy children without any complications. Although data on FTM pregnancy is limited, so far there is no evidence of health problems either for the father or the child as a result of surgery or hormone replacement.