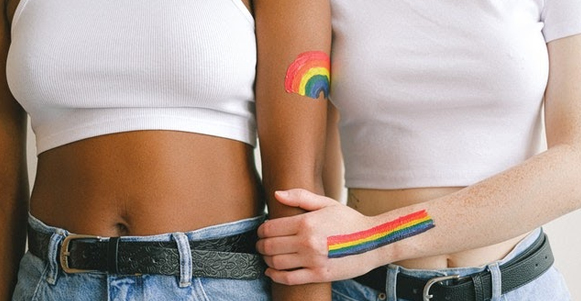 For members of the LGBTQ+ community, transitioning is the process of changing your physical appearance and overall way of life to fully express your true gender identity.

There is no one way to transition. It involves a myriad of things—including coming out to your family and friends, hormone replacement therapy, gender-affirming surgeries, and seeking legal gender recognition. All of which can be both liberating and emotionally exhausting, depending on how your country’s stance on transgender rights.Here’s a glimpse of how people are transitioning around the world. Let’s delve right in!

Based on the Council of Europe Sexual Orientation and Gender Identity (SOGI), gender-reassignment surgeries can be covered by both public and private health insurance in Finland. There are also appropriate measures to ensure that consensual access to these medical procedures does not ask for unreasonable requirements, which seems contradictory if you peruse personal accounts of Finnish transgenders transitioning to this side of the globe.Aale Teitto, a 21-year-old transgender, revealed that the official process to transition in Finland requires consultations with several experts—including doctors, social workers, and psychologists— going through a series of tests, and answering a plethora of questions that dig deep into the details of your personal life. He said he also had to take the Rorschach test, a projective psychological assessment used in diagnosing mental illnesses.You need to get a psychiatric referral in Helsinki or Tampere and regularly attend appointments with the local trans clinic at least once or twice a month for eight months. After diligently going through the whole transition process, you can get your gender reassignment surgery done.If you are transmale, the state will subsidize your FTM top surgery, whether your surgeon decides you’re suitable for a keyhole mastectomy or a double incision mastectomy. There are minimal hospital fees that you may need to settle yourself. Aale shared he only had to pay for $45.Now, here’s where transitioning in Finland gets a little more complicated and controversial. If you want your new gender to be legally recognized by the state, you have to obtain a certificate from your local trans clinic that you are infertile.For this to happen, you have to submit to compulsory sterilization or be in hormone replacement therapy for a significantly long time. It’s a high-risk and life-altering decision to make to get your gender changed on official documents, such as a driving license, KELA card, passport, or school ID card, especially if you are transitioning in your teens.Finland’s strict sterilization rules, the only one in all of the Nordic countries, have drawn massive criticism from transgender rights activists and human rights organizations around the world. In February of 2018, the Finnish Human Rights Council told the Council of Europe that the LGBTQ+ community in the country “continue to face discrimination characterized by transphobic attitudes, gender stereotypes and discriminatory legislation.”During the same year, the UN urged Finland to reform its laws on forced sterilization but to no avail.

The Netherlands is home to arguably the most liberated city in the world, Amsterdam. It’s not surprising to see the Dutch to be impressively more progressive in terms of accepting the LGBTQ+ people and implementing policies that consider transgender rights. They have the General Equal Treatment Act (Algemene Wet op Gelijke Behandeling), which protects transgenders against discrimination.At least 12% of transgenders in the Netherlands undergo gender reassignment surgery. Dutch hospitals have their own “gender team,” which comprises healthcare experts that study and guide transgenders. Although the medical and psychological costs of transitioning are supposed to be covered by health insurance, there’s an extensively long waitlist, which is perhaps top the list of common hurdles of transitioning around the world.The obstacles to accessing essential care dramatically affect the physical and emotional state of health of Dutch transgenders. There’s a high rate of depression and suicidal tendencies among the LGBTQ+ community in the Netherlands, according to Holland Alumni. Fortunately, there are transgender rights activists like Transvisie and Transvisie Zorg, that does amazing work to bridge the gaps.In 2019, the Dutch government streamlined the legal process for gender change, which marks a huge victory for transgender rights.Transgender children who want to have their genders changed legally can now do so by requesting a court date. They will also be given a one-time opportunity to reverse it should they change their minds in the future. On the other hand, transitioning adults can change their gender identity marker without the need to present a doctor or psychologist’s certificate.Intersex and non-binary people in the Netherlands can also apply for the gender marker X. Other LGBTQ+-friendly countries that have introduced gender-neutral passports are Australia, Germany, and Denmark.

When it comes to transitioning, Serbia has the same protocols and requirements as in other parts of the world. After getting recommendations from healthcare providers (psychologists and endocrinologists) and passing the necessary evaluations, the public health insurance will cover 65% of the cost of your FTM top surgery.When it comes to promoting transgender rights, the Eastern European country has made many strides towards positive change. In recent years, several policies in the pipeline are centred on addressing anti-discrimination and other issues.On the contrary, the report,m Being LGBT in Eastern Europe, discovered that the majority or a whopping 70% of the LGBTI population admitted to being subjected to psychological violence and harassment at one point in their lifetime. Hate crimes are rampant but without reliable data to back it up probably because they are under-reported. Moreover, 90% also felt that medical institutions are taking their health for granted.In 2017, the first Pride Parade was held in Belgrade, wherein Serbia’s Prime Minister attended. The irony of it is 90% of Serbians say they oppose Pride Parades.

Colombia has a highly conservative and massively macho culture that’s heavily influenced by the Catholic church. To say that coming out as gay or transgender here is challenging would be an understatement. It may well be one of the most dangerous places to transition around the world.According to a 2016 report by Transgender Europe (TGEU), 74% of all reported transpeople murders happened in Central and South America for the past eight years. Aside from the violence and harassment, transgenders are also saddled with borderline poverty and the risks of HIV. Because of all these, trans women in Latin America have a poor life expectancy estimated at between 35 and 41 years of age.

Transitioning in Australia is not a walk in the park either. There are a variety of requirements and guidelines to follow, depending on which state you’re living. Discrimination or harassment in the workplace is against the law, but states with “gay panic” defence still in effect legitimize violence and assault against LGBTQ+ people.When it comes to physically transitioning, Australia abides by the standards set by the World Professional Association for Transgender Health (WPATH). It involves a psychiatric evaluation performed by either a psychiatrist or a clinical psychologist to confirm if you have gender dysphoria and qualify to proceed with the next steps. It can take anywhere from three to six sessions. A prescription for hormone replacement therapy will follow.Gender reassignment surgeries are typically covered by Medicare as long as you have your referral. However, there may still be gaps in hospital fees that you have to cover out of your own pocket. Getting your new gender legally recognized in Australia is relatively more straightforward. You only have to update your information with the Registry of Births, Deaths & Marriages in your state.

On the surface, Canada may be viewed as a relatively kinder and safer space to transition with its pioneering laws promoting transgender rights. But the staggering data from Transequality Canada dares to say otherwise.Bases on their nationwide survey, the majority of transgender youth experienced verbal bullying (74%) in school and physical harassment (37%). Moreover, in Ontario, transgenders are faced with unemployment over three times the national rate. All of these things triggered a surge in depression and suicide cases in the trans community.There are many steps that you’re expected to take if you want to line up for a state-funded gender confirmation surgery with the set guidelines varying depending on the province. They would also require you to be on hormone replacement therapy while waiting, which is totally unnecessary and can take forever, given the waiting list.These stumbling blocks drive top surgery hopefuls to become desperate, fall into a deeper state of depression, or suffer from the side effects of testosterone or the health consequences of binding their chests for long hours. Frequently, trans people make the bold move to take control of their own happiness and to start living the lives they’re meant to live, ifvnstead of waiting, by going for private clinics versus hospitals.Our very own Dr. Hugh McLean is a popular choice among the LGBTQ+ community in Ontario and other parts of Canada because of his sincere respect for transgender rights. He is a highly qualified surgeon with a proven track record to back up his stellar professional credentials.If you are researching the topic of transitioning around the world, we have written a comprehensive guide on why you should consider getting your top surgery in Canada.Contact us now!