Are Transgender Athletes Allowed To Compete In Olympics? 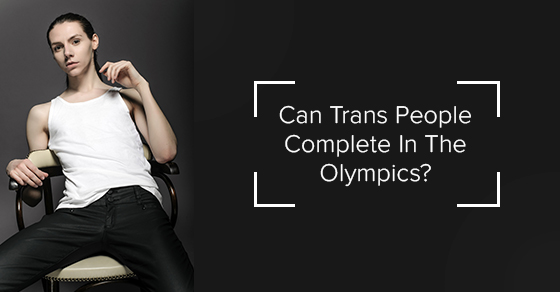 Gender verification and human rights issues have gained attention in recent Olympics. As a result, athletes, human rights groups, and the International Olympics Committee (IOC) have been working towards making changes in the guidelines that form the standards around the Olympics.

Testing was first introduced in 1968 at the Winter Games in Grenoble, while mandatory testing was abolished in 1999 by the IOC since it was considered humiliating and a violation of human rights.

‍Regardless of the stage of completion in the transitioning process, all female-to-male athletes are welcome to take part in the men’s competition. Previously, transgender athletes looking to participate in the men’s Olympics had to have undergone surgery and at least two years of hormone therapy.Whether or not a male-to-female athlete is eligible to compete in the women’s Olympics is contingent on the testosterone level measured at least one year before the start date of the competition. The cutoff point is determined by the IOC, which is 10 nanomoles per litre of serum measured, as testosterone is used by the body in the synthesis of muscles. A nanomole is one billionth of a mole, which measures the number of particles. Serum is distilled from blood and removes red and white blood cells, as well as coagulating agents. The athlete competing in the women’s category must have declared her gender as female for sporting purposes without changing or retracting the declaration in the past 4 years.The IOC may not specify the type of hormone therapy necessary to achieve the cutoff testosterone level, so the therapy used could be:

During HRT, bloodwork is done regularly in the first year to make sure that the body is responding favourably to the treatment, and the blood work specifically monitors estrogen and testosterone levels. It will take at least 1 year or more to meet the standards laid out by the IOC of 10 nm/L.

‍Transgender athletes in the Olympics

‍There are currently no openly transgender athletes who’ve competed in the Olympics, although Caitlyn Jenner won multiple medals for the Decathlon while competing as Bruce Jenner. Triathlete Chris Mosier is waiting to find out his eligibility to participate in the 2016 Olympics in Rio.The Olympics are moving towards a more welcoming policy for athletes, so it’s only a matter of time before transgender athletes will compete alongside their cisgender counterparts.