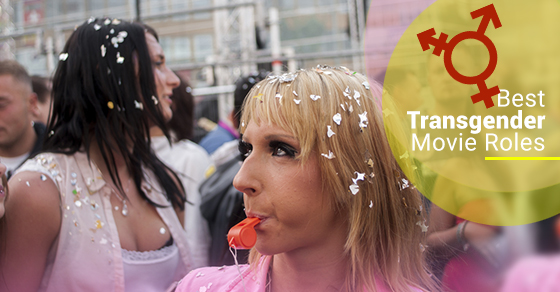 Film and television has a spotty history with telling trans stories. Too often in the entertainment world, trans issues have been treated with ignorance and disrespect. Fortunately, there are some filmmakers and performers who tell trans stories that are authentic and respectful. Though there is still a ways to go when it comes to trans issues and visibility, the last couple years have seen many trans performers, storytellers, and filmmakers shine.

Let’s take a look at some movies that got it right.

All About My Mother

. On top of many other international awards

All About My Mother

also won an Academy Award and a Golden Globe for best foreign film. The film is about a nurse named Manuela who, following her son’s tragic death, sets out for Barcelona to find her son’s father, a transgender sex worker named Lola. Along the way she reunites with her old friend Agrado, as well as many other diverse characters. The film is a complex look at womanhood, and Agrado is given a particularly powerful monologue about what it means to exist in a hostile society. A must-see.Filmmakers are often criticized for not actually casting trans people in trans roles (ie.

delves into a lot of trans issues, while also exploring Vanessa’s relationships. Harmony Santana earned an Independant Spirit Award for her performance.The winner of multiple awards,

is a French/Belgian/British film about Stéphanie, a trans sex worker. Stéphanie leaves Paris, with two of her lovers, to care for her dying mother in the countryside. Through flashbacks, we learn the story of Stéphanie’s life. The film is praised for being beautifully shot, and for treating Stéphanie as a truly well-rounded female character with authentic emotions and experiences. Next time you’re trying to find a film to watch, give one of these three a try! And with new films and television shows coming out all the time, remember to support trans artists, filmmakers, and performers.