How Long It Takes to Get Gender-Affirming Surgery in the U.S. 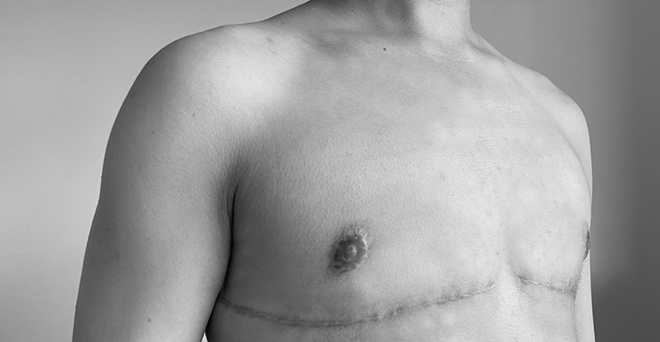 Approximately 1.4 million Americans identify as transgender, but universal access to gender-affirming surgery in the United States is still far from accessible. It's important to establish that, unlike in Canada, federally-funded healthcare plans are an exclusive benefit primarily for disadvantaged families and elderly citizens. Others are fortunate enough to be provided with private healthcare coverage by their employers as part of their contract. However, the same cannot be said for at least 28.9 million non-elderly Americans who were uninsured in 2019.For those that have the privilege of being insured, the process to get access to gender-affirming surgery is still lengthy; for some, it quite literally takes forever. In this blog, we breakdown the many reasons why access to gender-affirming surgery in the United States is still a long shot for many LGBTQ+ Americans.

Coverage for Gender-Affirming Surgery in the United States

A 2015 survey revealed that 55% of more than 27,000 transgender people reported being denied coverage for at least one gender-affirming surgery. Technically, under Section 1557 of the Affordable Care Act (ACA) and other laws with special provisions on anti-discrimination, health insurance providers must cover medically necessary care for trans people.According to a 2019 survey by the Human Rights Campaign, 83% of companies offer benefits that cover access to transgender healthcare, a staggering increase from 9% in 2010. Even public healthcare insurance providers like Medicare, the government health program for the elderly and people with disabilities, started offering coverage for gender-affirming surgeries five years ago. Illinois state recently joined 17 other states and the District of Columbia when it announced that its Medicaid program for low-income people would cover gender-affirming surgery.Access to competent, inclusive healthcare for transgender people may have improved in recent years, however, it is still far from being available nationally. Logan Casey, a policy researcher at MAP said, "The landscape varies across the states with some states proactively updating their policies, others doing nothing, and others continuing to defend pre-existing bans [on trans coverage]." For instance, there are explicit exclusions for gender-affirming surgery in states like Arizona and Alaska.

Gender-affirming surgeries can save lives. According to the Centre for Suicide Prevention, between 22-43% of transgender folks have attempted suicide in their lifetime. Findings from a 2015 U.S. Transgender Survey revealed that:

Medicare will cover costs for hormone replacement therapy and gender-affirming surgery in the United States as long as it is medically necessary. Nevertheless, what "medically necessary" entails typically depends on the state or insurance provider.

According to its website, Aetna will consider a gender-affirming surgery “medically necessary” if specific terms are met. For transmasculine and non-binary individuals, the requirements for breast removal or mastectomy are:

Many healthcare plans typically exclude breast augmentation, body contouring, and facial feminization, as they consider them purely cosmetic. But, experts argue that these transition-related procedures can be medically necessary for trans people by helping alleviate their dysphoria. In addition, they can also make queer folks less likely to be targets of violence and other forms of harassment.Aetna has a list of transition-related procedures that it deems cosmetic and therefore not medically necessary. This includes:

On the contrary, Joshua Safer, executive director of the Center for Transgender Medicine and Surgery at New York's Mount Sinai Hospital, argues that these transition-related procedures go beyond aesthetic benefits. He goes on to say, "If a significant point for [a trans woman] is to be able to walk down the street and be treated appropriately according to her gender identity, then having a feminine face is going to be enormous, both for how she's treated and, frankly, for safety."Reversing the effects of gender-reaffirming surgery is also deemed not medically necessary and won't be covered by insurance.

According to a 2020 study published in The American Journal of Psychiatry, gender-affirming surgery can lead to long-term mental health benefits for members of the LGBTQ+ community.Researchers Richard Branstrom, PhD, and John E. Pachankis, PhD, with the Yale School of Public Health, used the Swedish Total Population Register to identify more than 2,500 individuals who received a diagnosis of gender incongruence, which involve transsexualism or gender identity disorder, between 2005 and 2015.The study discovered that compared to the general population, people with gender incongruence were:

On the other hand, they also found that participants who had successfully undergone gender-affirming surgery, the longer their surgery, the less likely they were to experience anxiety, depression, or suicidal behavior. As a matter of fact, the likelihood of being treated for a mood or anxiety disorder was reduced by 8% for each year since the last gender-afﬁrming surgery for up to 10 years.A separate study done in 2018 supports this theory. Researchers at University Hospital in Essen, Germany observed 158 transgender women patients for more than six years after their gender-affirming surgery. Their findings suggest that approximately 75% of patients reported improved quality of life post-op.“It’s very important that we have good data on quality of life (QOL) in transgender people,” Dr. Jochen Hess, the study’s lead author, told NBC News. “They generally suffer from a worse QOL than non-transgender population, with higher rates of stress and mental illness, so it’s good that surgery can change this, but also that we can now show that it has a positive effect.”

McLean Clinic is a full-function private medical facility in Mississauga, Ontario; a city that's less than a 30-minute drive away from downtown Toronto. Toronto is known for being one of the most queer-friendly cities as well as one of the safest cities around the globe.Dr. Hugh McLean is certified as a specialist in plastic surgery by the Royal College of Physicians & Surgeons of Canada and the American Board of Plastic Surgeons, Inc. He is an attractive choice for non-binary patients considering gender-affirming surgery in Toronto because of his genuine respect for the queer community and commitment to deliver high-quality care.If you’d like more information regarding gender-affirming surgery in the United States vs. Canada, McLean Clinic can help you. For more information or to book an initial consultation with Dr. McLean, don’t hesitate to reach out to us. A friendly member of our team will be more than happy to assist you with your inquiries.Contact McLean Clinic now!