Countries Where Gender-Affirming Surgery Is Illegal 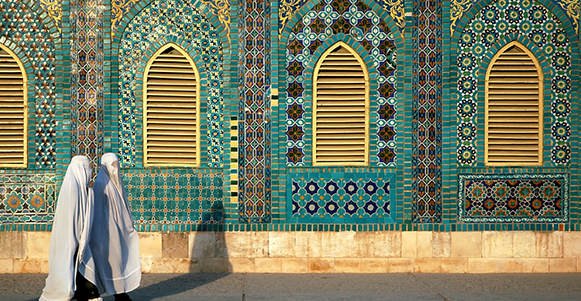 Despite progressive strides towards accepting the LGBTQ+ community worldwide, there are still countries that uphold draconian measures against homosexuality with a propensity to discrimination, abuse, violence, persecution, and execution. To say that transgender rights are non-existent in these places would be a blatant understatement.

In these parts of the world, there are no clear guidelines directly pertaining to the legality of gender-affirming surgeries, such as female to male or FTM top surgery or MTF breast augmentation for people seeking feminization. However, the mere accusation of being a homosexual or dressing up contrary to the sex you were assigned at birth can pave the way to get you arrested, lashed a thousand times, or worse, threatened to be hanged or stoned to death.

At least three decades after the World Health Organization has recognized that being queer is not a disease to be cured, there are still 71 countries that criminalize anyone who dares to go against the socially accepted gender conformity.

In Afghanistan, homosexuality is a crime. A consensual sexual activity or romantic relationship between two men or two women is a punishable offence. If expressing your identity as a lesbian, gay, transgender, or queer is illegal can result in capital punishment of the death penalty, gender-affirming surgery is probably the last thing on their mind.

"To be openly gay, lesbian, bisexual or transgender in Afghanistan is to risk abuse, even death," revealed Patricia Gossman, Associate Asia Director at Human Rights Watch. Afghan law offers no protection against discrimination or harassment based on sexual orientation or gender identity.

Members of the LGBTQ+ community in Afghanistan are forced into hiding, feeling their own homes and seeking asylum in foreign countries who might offer refuge.

Beyond the fear of stringent state laws, they have more significant fears of their own family's wrath. Homosexuality can be a ground for honour killing, among many others. It's the act of murdering a person bringing shame to the family or community, which is prevalent in countries like Afghanistan and Pakistan. Unfortunately, unlike homosexuality, which is punishable by death, the perpetrators of honour killings are often set free or given reduced sentences.

"Members of the LGBT community in Afghanistan can only hope to escape abuse if they deny and suppress their sexual identities, marry as arranged by their families, have sex only with spouses, have children, and never have a sexual relationship outside that norm," Gossman added.

The Kingdom of Saudi Arabia is probably the last place on Earth you want to be in if you seek to undergo a gender-affirming surgery. According to the Human Dignity Trust, Saudis strictly follow the Islamic Shariah Law. Gender identity or self-expression of trans people is illegal. They have rigid dress codes that must be followed and dramatically affect queer people's gender expression.

The future is bleak for hopes of same-sex marriage ever becoming legally accepted in Saudi Arabia. As any sexual activity or romantic relationship between the same sex is haram or forbidden by Allah. The sentences can range from flogging to death.

In 2019, Saudi Arabia's Presidency of State Security released a promotional video on the microblogging site, Twitter, that categorized homosexuality, feminism and atheism as forms of "extremism" and that "all forms of extremism and perversion are unacceptable."

Brunei is an oil-rich country lorded since 1967 by Sultan Hassanal Bolkiah, a multi-billionaire and last absolute monarch, serving as both king and prime minister.

In 2019, Brunei faced international condemnation when it introduced legislation that involved punishing consensual sex between two men and adultery punishable by death by stoning. The massive backlash was a protest of its dark "medieval laws" that only encouraged intolerance leading to further abuse and marginalization of the LGBT people in Brunei. Human rights advocates and A-listers, including Elton John, Ellen de Generes, and George Clooney, called on its millions of followers on Twitter to boycott the sovereign state and the Beverly Hills luxury hotels, which the Sultan Bolkiah's investment agency operates. The Sultanate backtracked, delaying, not withdrawing, the implementation of stoning to death, causing trans people utmost anxiety.

Brunei already criminalizes anyone who identifies or expresses one's self as a member of the LGBTQ+ community. Sexual acts involving two women can bring charges of 40 strokes of the cane and or a maximum of 10-year imprisonment. For now, the death by stoning sentence has been suspended, but Brunei remains to be a danger zone for trans people.

Despite looking like a heavenly tropical paradise, being a member of the LGBT community could entail a maximum punishment of up to a hundred lashes and eight years of jail time. While it is typical to see queer folks who are foreign tourists frolic under the sun holding hands or doing acts of public display of affection, the same freedom cannot be extended to Maldivian citizens.

The country does not officially promote transgender rights. Trans people do not have any protection from discrimination or harassment at work or housing rights. Any homosexual act can be penalized. Same-sex marriage is illegal. These laws apply equally to both trans men and women. With harsh measures against anyone identifying as LGBTQ+, gender-affirming surgeries in the Maldives would only be possible when hell freezes over.

Article 489 of the Moroccan criminal code states that sexual relations between people of the same sex is a punishable offence that can range from six months to three years behind bars and a fine of up to 1,000 dirhams.

In April, Naoufal Moussa or Sofia Talouni, a Moroccan transgender who has become an Instagram celebrity presently based in Istanbul, wreaked havoc and unwittingly created a bigger queerphobia in the North African Kingdom. In retaliation to the hurtful insults hurled at her due to her gender orientation, Sofia challenged everyone to download location-based gay dating apps like Grindr and Planet Romeo. She allegedly did this to prove the hypocrisy of Morrocan's strong stance against homosexuality when countless queer folks are lurking and living secret double lives in the conservative country.

Many followed her suit, creating fake accounts and leaking photos online of gay men they found in the apps. As a result, several LGBTQ+ were outed without their consent. Many have become homeless, as their families disowned them amid the coronavirus pandemic. Everyone fears for their safety. Aside from arrests, honour killings are also practiced in Morocco.

Other Countries That Criminalizes Being LGBTQ+

Based on the ILGA Homophobia 2019 Report, other countries that impose oppressive laws against the LGBTQ+ community worldwide are:

Compared to the countries we discussed, transgender rights in Canada seem lightyears away in the right direction despite the constant push-and-pull process. It's not surprising to see more and more trans people born in countries where gender-affirming surgery is deemed illegal travel to LGBTQ+-friendly alternatives.

Canada has grown to become one of the top destinations for Americans seeking FTM top surgery. It's because aside from the proximity of the states to the Great White North, you can count on getting full access to the state-of-the-art medical facilities and quality of care and value for money.

You can also find board-certified plastic surgeons who are respectful and have a genuine understanding of how brave and strong it would be for you to get a gender-affirming surgery and provide adequate support as you go through this personal journey.

Our very own Dr. Hugh McLean is a highly qualified plastic surgeon in Canada and is certified as a specialist in plastic surgery by the Royal College of Physicians & Surgeons of Canada and the American Board of Plastic Surgeons, Inc. He is dubbed as the "Top Surgeon" for "Top Surgery" because of his particular interest in FTM (female to male) and MTF (male to female) surgical transformation.

He believes that beyond the physical transformation of the operation, the results can also be felt psychologically and emotionally, with a lasting impact on a person's lifestyle and well-being. Therefore, Dr. McLean has applied a holistic approach combining expert surgical techniques with calm and caring support for his patients.

"I don't see it as a cosmetic operation, I see it as a reconstructive operation," Dr. Hugh McLean said in an interview with The Thunderbird. "It's one of the most gratifying surgeries."

For detailed inquiries on FTM top surgery or to book an initial online consultation with Dr. McLean, please do not hesitate to immediately reach out to our clinic. A member of our clinic will get in touch with you shortly.