Changing Genders: A Guide to Paperwork 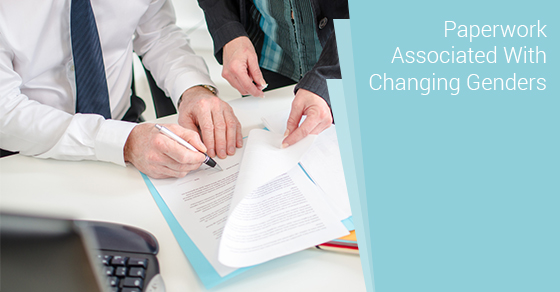 Changing genders requires plenty of life adjustments. Not only must they cope with the physical, emotional, and interpersonal changes that occur, but they must also consider their identification in the eyes of the government and the paperwork that is required as a citizen of Canada.

Recent changes in Canada’s documentation requirements for changes in gender have made it easier to update documents such as birth certificates and driver's licenses.

‍Until recently, Canada required transgender individuals to provide proof of their gender surgery. This was also defined as involving both genital and chest surgeries. New changes in policy reflect Canada’s recognition of an individual’s right to define their identity without any specification of their physical bodies or type of procedures that they have undergone. The reforms, which have been implemented by Citizenship and Immigration Canada, make it easy for Canadians to update any gender markers on certificates related to their citizenship.

‍Changing gender status on a birth certificate is important to someone’s sense of personal identity. It can validate their own feelings with respect to their true gender while also providing some legal protection in cases where birth certificates are used for identification purposes.Many other legal documents refer to birth certificates for confirmation. This makes it important to update your birth certificate after making the FTM transition. Gender is included as a category on documents that include passports, medical cards, and driver’s licenses, making it necessary to have all documents updated. Each province has its own process for modifying the gender designation on your birth certificate. The Vital Statistics Act outlines the legal requirements related to birth registration for all Canadian provinces except Quebec.

‍Recent changes have also been made to the regulations related to driver’s licenses and gender designation. The Identification Card Regulation and Operator Licensing and Vehicle Control Regulation have made it possible for citizens of Alberta to update their licenses and ID cards to reflect their gender. Individuals can use an amended birth certificate or letter of affidavit from a medical professional in order to change their driver’s licenses. Certain age requirements must also be met. You must be at least 18 years old or provide the consent of both parents or guardians. Updating your personal documents to reflect a change in gender is important for a number of reasons. For some, a discrepancy can cause issues related to travel, insurance coverage, and other rights and necessities. As Canada continues to make it easier for people to change their genders on birth certificates, driver’s licenses, and other important documents, they are paving the way for a way of life that considers and protects the rights of all of its citizens.