Is Caitlyn Jenner Going To Undergo Surgery To Change Her Gender? 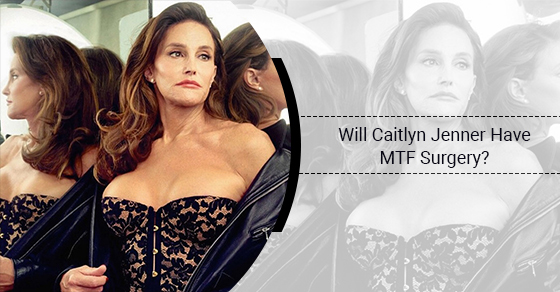 The media campaign surrounding Jenner’s public transformation from Bruce to Caitlyn has been rather clever, from the 20/20 interview with Diane Sawyer in April to June’s Vanity Fair cover that revealed a bustier Jenner and shed the much needed light on her gender reassignment process and surgery.

Caitlyn Jenner definitely looks different from Bruce Jenner, though the public is still uncertain about what exactly she has done to achieve her new look. Specifically, her fans are wondering whether the 67-year old Olympian performed any surgeries on her genitalia. So, did she?‍

The truth about Jenner’s transition

‍To begin with, Caitlyn has not had any genital surgery; at least not yet. But on 15th March, she visited a surgical centre in Beverly Hills to schedule an important bit of her transformation – facial-feminisation surgery, together with a procedure to enhance her breasts. Before that, she had some work done on her nose, as well as a tracheal shave in January 2014.According to Vanity, the facial procedure changed her forehead, jaw, chin, and hairline in a matter of 10 hours, leaving Caitlyn in so much pain that she had to rely on huge amounts of medications to manage it. Her recovery process has been lightly talked about in her new show, I am Cait, and has been rougher than most as she opted to combine several surgeries, taking a larger toll on her body.Actually, many transsexuals stop at facial reconstruction instead of proceeding to a full-genital reassignment surgery, because it’s the face that communicates the most about your identity. Facial feminisation is a complex procedure with multiple surgeries and varied recovery times, and involves everything from changing the person’s pitch in their voice to reshaping the entire jaw line.According to the behind-the-scenes video released by Vanity Fair during Caitlyn’s shoot, it is evident that Jenner is incredibly happy with her results so far, so she may not necessarily be planning to go ahead with the full genital surgery.

‍According to the World Professional Association for Transgender Health, sex re-assignment surgery refers to any procedures, such as bilateral mastectomy, reassignment surgery, and chest reconstruction, as well as non-genital surgical procedures, such as facial feminisation, breast augmentation, and subcutaneous mastectomy.The Association also says that a transgender person remains so, regardless of any medical procedures. Additionally, surgery is a treatment option for gender dysphoria, distress or discomfort resulting from the discrepancy between one’s gender identity and their sex assigned at birth.Before someone is eligible for sex reassignment surgery, some countries will insist that the patient must undergo hormone therapy, obtain referrals from at least two mental health professionals, and live as the alternate gender for a minimum of one year. We are very lucky to live in Canada where this is not the case.

‍Four hours after emerging on Twitter, Caitlyn’s account became the fastest account to hit the one-million followers mark, breaking President Obama’s record.Her re-emergence as Caitlyn, combined with her subsequent popularity on social media has played a big role in helping to raise awareness about trans-sexualism, at a critical time when the rate of attempted-suicides among transgenders has risen to 41 percent.