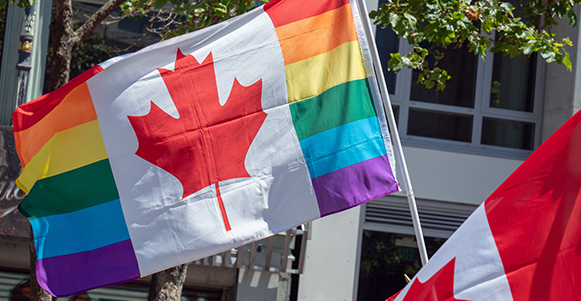 Canada is known for being the most progressive nation in North America in championing LGBTQ+ rights. Toronto is home to the country's largest queer population in the country and has been a favourite venue for countless occasions celebrated by the Pride community.

In this article, we listed some of the reasons why Toronto top surgery is worth considering.Let's delve right in!

Gender confirming surgery or sex reassignment procedures are covered by Ontario's public health insurance system, more popularly known as OHIP. If you qualify for this benefit, the province can fund the cost of chest masculinization surgery or genital surgery.The application process can be tedious, and the waiting list can be discouraging, however, it's still an option that is not available to many queer-identifying people in other parts of the world. You should absolutely take advantage of this benefit if you want your top surgery done in Toronto or any city in Ontario.

If you do not have the patience to go through the Canadian healthcare system's waitlist process and have the sufficient resources to fund your own operation, paying for a Toronto top surgery out of pocket still offers significant cost benefits than having it done anywhere else in North America.For instance, in the United States, the average cost of FTM/N top surgery can range from $3,000 USD to $10,000 USD. This accounts for the operation alone and does not yet include other expenses like doctor consultation fees, anesthesiologist fees, use of the medical facility, pathology fees, or post-operative care essentials like compression garments and dressing supplies. The numbers can go higher if you have your eye on a popular surgeon in an expensive city.On the contrary, having your top surgery done in Canada, even in a prime city like Toronto, could cost significantly less. McLean Clinic's all-inclusive rates for a typical double-incision or keyhole top surgery only costs $8,500 CAD + applicable taxes. This price covers everything from:

Estimates also suggest that the total cost of going to a Toronto top surgeon, including the travel fee and a stay in a hotel, is still dramatically cheaper than having it done elsewhere.

Despite being more affordable, the quality of healthcare in Canada is still ranked among the best in the world. The number of qualified plastic surgeons specializing in gender-confirming surgeries is continuing to grow, with more private practices and hospitals expanding their services to accommodate patients seeking top surgery.McLean Clinic is a full-function private medical facility in Mississauga, Ontario, a city that's only less than a 30-minute drive away from downtown Toronto. Our very own Dr. Hugh McLean is certified as a specialist in plastic surgery by the Royal College of Physicians & Surgeons of Canada and the American Board of Plastic Surgeons, Inc.Dr. McLean is an attractive choice for non-binary patients considering Toronto top surgery because of his genuine respect for the queer community and commitment to deliver high-quality care. In an interview with The Thunderbird, Dr. McLean said, "I don't see it [FTM top surgery] as a cosmetic operation; I see it as a reconstructive operation. It's one of the most gratifying surgeries."

A 2017 report hailed Toronto as the third-best LGBT city around the world. The report looked at the city's local gay dating scene, transgender rights on same-sex marriage or adoption, how welcoming the citizens are of queer folks and the level of hate crime targeted against the LGBTQ+ community. All the more reason to choose Toronto as a venue for your life-changing surgery!

There are a lot of LGBTQ+ events happening in Toronto every year. If you are planning to get your top surgery done in the city, time your travel dates and extend your stay to experience the excitement on one of these queer-friendly occasions.

A week or two post-surgery, and you can start enjoying the beautiful queer-friendly sights around the city. Don't miss a chance to visit these spots!

One of the most amazing things about being in Toronto is that it’s accessible. There are numerous vibrant neighbourhoods all over the city, with each area boasting its own culture and individuality. Despite downtown’s cosmopolitan nature, you'll be pleasantly surprised to know that several public parks and gardens serve as a visual and spiritual oasis amidst the hustle and bustle of the city.A couple of weeks into your recovery period from your FTM top surgery, you will be encouraged to do some light cardiovascular exercises like walking. After being cooped up in your hotel room for several days, you'll appreciate the easy access to the lush sceneries and sprawling walking spaces these parks have to offer. Some of the most popular choices are Trinity Bellwoods Park, High Park, Woodbine Park, Christie Pits Park, and Don River Valley Park.

6. It's One of the Safest Cities in the World

A 2019 report by The Economist Intelligence Unit recognized Toronto as the safest city in North America and the sixth safest city in the world. It looked into 60 cities from five different continents and used digital safety, infrastructure, health, and personal safety as its criteria.When you're in your most vulnerable state physically and emotionally after a major surgical procedure, the last thing you want to worry about is your own safety. Having your top surgery in Toronto gives you some peace of mind on that matter so you can focus your energy on healing and recovery.

If you’d like to learn more about getting Toronto top surgery, don't hesitate to reach out to us. A friendly member of our team will be more than happy to assist you with your inquiries.Contact McLean Clinic now!