5 Movies Every Trans Person Should Watch 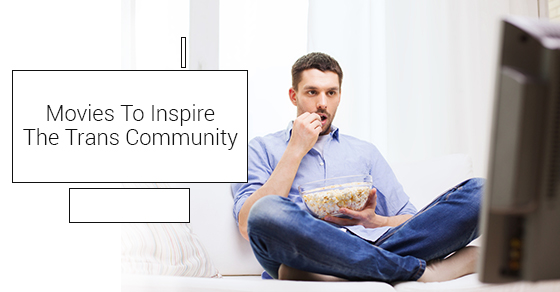 There are endless movies portraying beautiful, successful women falling in love with handsome, rugged men and living happily ever after. Which is great… for those who are in similar shoes and can relate to those stories.

But what about the trans community? It’s hard for us to put ourselves in the shoes of mainstream movie characters when their lives and struggles are so vastly different from our own. Luckily (and somewhat surprisingly), Hollywood doesn’t end at the Brad Pitts and the Amanda Seyfrieds of the world. Check out our suggestions for movies that all trans people can relate to!

The life of a pre-op male to female transsexual (played by Felicity Huffman) changes dramatically when she learns that she has a child (played by Kevin Zegers) who is a teenage runaway in the big apple.

About the film: Starring Felicity Huffman and Kevin Zegers, this film has won numerous awards including a Golden Globe and GLAAD media award.

Best quote from the film: “My body may be a work-in-progress, but there is nothing wrong with my soul.”

Teena Brandon (played by Hilary Swank) born as a woman takes on the male identity of Brandon Teena. On a quest to find himself, he finds love and heartbreak, deals with joys and struggles and much more on his thrilling journey through life.

About the film: Starring Hilary Swank, Chloë Sevigny and Peter Sarsgaard, the movie was extremely well received. In 2000, Hilary Swank won the Academy Award for Best Actress and a Golden Globe for Best Actress in a Motion Picture (Drama) for her performance in the film.

Best quote from the film:

“The point is, you have family and friends who love you. You have a world out there just waiting for you to conquer it. You have a life that will be anything you make it. That's the point.”

A young transgender boy moves with his family to a new area. The child introduces himself as a boy to his new friends.

About the film:  It is a much watch and shows transgenderism from the place of a child, from the home life to the school place, it is such an inspiring point of view. This French film stars young actress Zoé Héran who plays this role brilliantly.

Punk rock musician and transsexual, this is the story of a European girl who shares the story of her life, her music and her love life.

About the film: It has the right amount of comedy, drama and music, providing viewers with a different perspective from the life of a rock star.

Best quote of the film: “To be free, one must give up a part of oneself.”

This romantic comedy explores what it means to be a “real woman” or “real man,” challenging gender roles and providing thought-provoking insight. This funny and sensitive film shows us the importance of living your life for yourself, not for others.

About the film: This coming-of-age romantic film is now available on Netflix Canada, if you are interested in watching it in the near future.