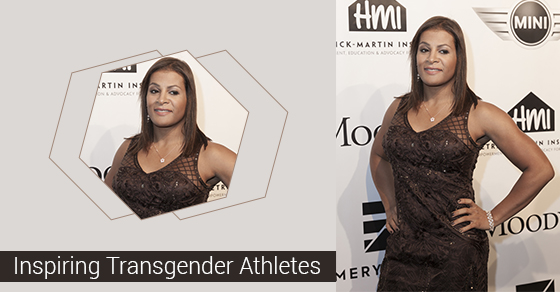 It has been common practice to segregate athletes on the basis of gender for fairness in competitions, but it gets a little tricky when it comes to distinguishing athletes whose physiological traits, which would clearly distinguish them as either male or female, do not match their gender identity.

The umbrella term ‘transgender’ describes any individual whose behaviour or identity does not fall within stereotypical gender norms. In other words, the term describes individuals whose gender identity does not correspond to the gender they were assigned at birth. Being transgender does not refer to any specific orientation, and transgender people may also identify as lesbian, gay, bisexual, or straight.To avoid any confusion, the International Olympic Committee (IOC) identifies transgender athletes as:

The IOC does not consider transgender people to be in an unfair advantage, which opens the door for trans athletes to participate in events that properly match their identity. In this article, we’re taking a look at some of the most inspiring transgender athletes:

Formerly known as Burton Boyd, Fallon is the first openly transgender athlete in the history of mixed martial arts (MMA), after coming out publicly in 2013. There has been controversy over whether or not Fallon possesses an advantage over her rival female fighters, although these concerns have been overshadowed by her amazing progress for the LGBT community. Previously known as Michael Bagger, Mianne became the first openly transitioned women in professional golf. She was considered the most prominent transgender athlete before Caitlyn Jenner came out. Previously known as William Bruce Jenner, Caitlyn is the most renowned openly transgender individual in the world since 2015 when she came out. Once referred to as the ‘greatest athlete in the world,’ Jenner’s current fame is attributed to her role as the quirky Kardashian dad of reality TV. Jenner is a gold medal Olympic athlete. Previously known as Richard Raskind, Renee helped pave the way for many trans athletes, like Fallon Fox, Kye Allums, and Caster Semenya to compete in their preferred sports, though she never dominated the world of tennis. Formerly known as Kyler Kelican Allums, Kye was the first openly transgender athlete in the top level of college athletics, NCAA Division 1, when he played on George Washington University Women’s team in 2010. He later started identifying himself as a male.

Though the athletic world is still somewhat difficult to navigate for transgender people, athletes around the world are encouraged to embrace their proper gender identity. Doing so will open the door for future athletes to receive more opportunities to compete in high level tournaments, and will change the way the world sees LGBT athletes.